This functionality applies to case types «Incident», «Service», and «Access».
Cases can be merged from 3 places: 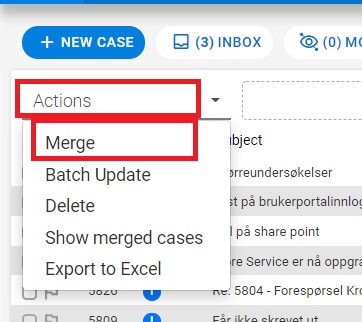 Choose one of the cases as parent and the other cases are automatically defined as child cases. It is the parent case that appears in the case list as default, and the child cases are hidden:

When a case is merged with other cases, these icons appear in the case list:

The case that is chosen as the parent gets blue icon, the rest gets pink icon. You can click on the icon to get to the case's merged cases.  It's the cases with the blue icon that by default appears in the case list.

If you want to view all the child cases, you can select «Actions»-> «Show merged cases»: 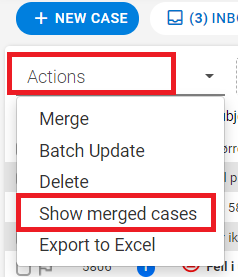 The "Merged cases" tab shows which cases are merged:

Cases that are merged can be batch updated, which means that all cases are updated with the same information. This must be done from the «Merged cases» tab. Here you can send an email in all merged cases in one operation or assign, change status, category, and priority.


You get this view and can see which cases will be updated: 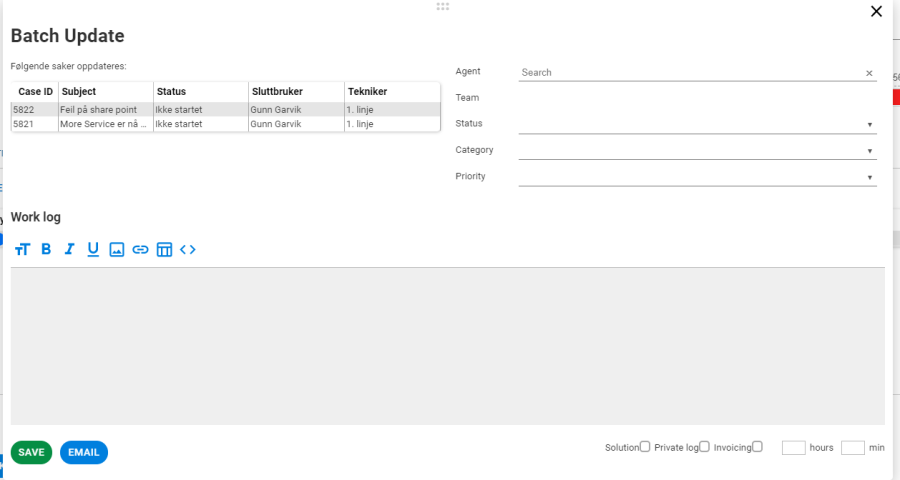 When email is sent using batch update, a separate email will be sent to each user. Users will not find that cases are merged or bundled. More Service retrieves the correct information and merge parameters into the email.

If you make an update or send an email from the descriptions field in a case that has merged items, you will only send an email to the case you are in, not in the other merged cases. To update merged items at the same time, go to batch update under the «Merged cases tab».